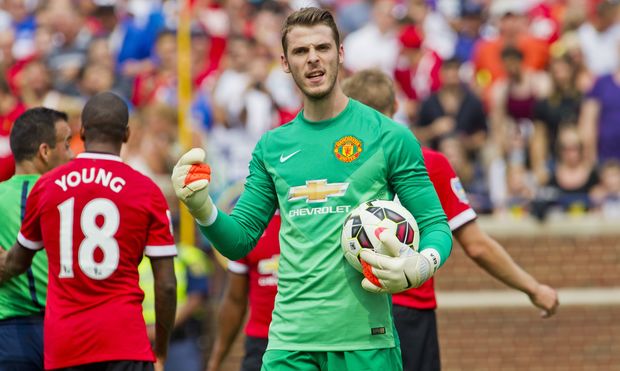 After four previous consecutive defeats to City, United recovered from falling behind to heap more misery on their faltering rivals.

Sergio Aguero put the visitors ahead after eight minutes, but Ashley Young grabbed an equaliser six minutes later before an unmarked Marouane Fellaini headed United in front in an explosive first period.

Juan Mata and Chris Smalling scored in quick succession in the second period to put United firmly in control before Aguero pulled a consolation goal back for City to notch up 100 goals for the club.

Louis van Gaal's side have now won six successive Premier League games and have 65 points from 32 matches, one less than second-placed Arsenal, but four more than City with six matches remaining this season.

City's title challenge has fizzled out alarmingly since the turn of the year but they began as if they were out to prove that they still hold sway over their local rivals.

Elsewhere, Chelsea ground out a 1-0 win over relegation-threatened Queens Park Rangers this morning, clearing another hurdle in their bid for a first Premier League football title since 2010.

The Premier League-leaders needed an 88th minute Cesc Fabregas goal to secure the points and restore their seven-point lead over Arsenal, who have played a game more, in second place.

Fabregas's goal was their only attempt on target and Chelsea had their lowest pass completion rate of the season.