Auckland City FC made a winning start to their Oceania Champions League title defence with a 3-nil victory over hosts Suva, while Amicale edged Western United 1-0 in Fiji. 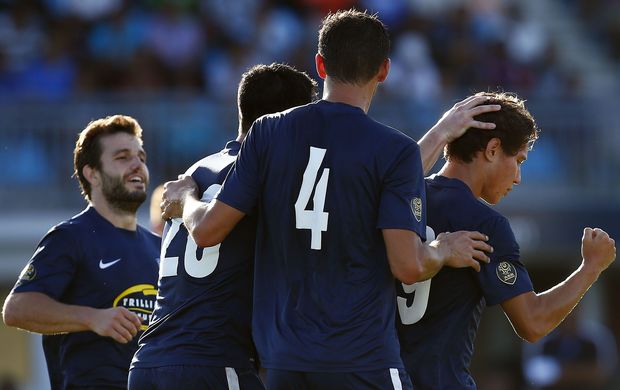 Despite his experience, and Auckland City's pedigree in this competition, coach Ramon Tributlietx was relieved to get the first match out of the way, with the three points in hand.

"It was a tough match. I think Suva played a good game, they were very well organised defensively and that made our football difficult, especially in the first half," Tribulietx said.

"We managed to capitalise once, in one of those situations that we couldn't quite understand how to create but we knew it was going to be a difficult match.

They're a good team and they were playing in front of their home fans so we knew it would be tough. We're very happy, especially for that reason, and of course for the win."

As is often the case when going into the unknown, both Auckland City and Suva took a little extra time to gauge their opponent when they helped kick-off the 13th edition of this competition in Suva.

Moving away from what might be considered their regular starting line-up, Tribulietx gave some players who were as yet untested at this level a run, opting for Oscar Garcia, Michael Den Heijer and Ivan Carril over the experience of Ivan Vicelich, Takuya Iwata and Ryan De Vries.

An unfortunate defending error, or a lucky break from some perspectives, lead to David Browne converting from the penalty spot just 12 minutes in after Garcia was downed in the box by Kolinio Sivoki.

Nickel Chand's speed was well utilised up the left, but after beating past his defender his precision crosses were too easily cleared with Suva really lacking in numbers up front.

The Auckland substitute Sam Burfoot scored 19 minutes into the second half to make it 2-nil, before replacement midfielder Adam McGeorge scored with four minutes remaining to seal the 3-nil win.

Western United's dream of a perfect opening appearance were dashed by an early second half goal from the 2014 runners-up Amicale.

The Oceania Champions League action continues today in Suva, Fiji with Tafea FC and Hekari United opening Match Day 2 proceedings for Group C at 4.30pm before Team Wellington debut against AS Tefana at 7pm this evening.