The New Zealand rugby sevens men have lost to Canada for the first time, going down 19-15 in the quarter-finals of the Tokyo tournament. 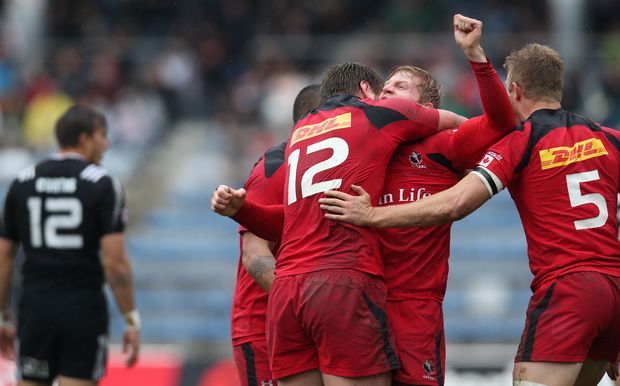 Canada celebrate their 1st victory over the All Black Sevens, Tokyo, 2015. Photo: PHOTOSPORT

The All Blacks Sevens had to settle for the Plate, after beating France 19-12 in the semi-finals of the second-tier knockout to set up a final with Scotland, who the All Black Sevens hammered 38-0 in pool play.

It was a much closer-run thing this time, with the champions needing Dylan Collier's try in the last play of the game to triumph 21-14.

But that only capped a disappointing week in the Japanese capital for the New Zealanders, who have won 12 of the 15 World Series titles and are the reigning World Cup champions. 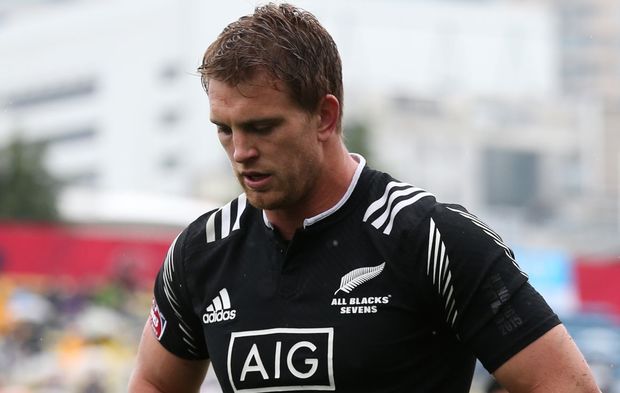 England picked up their first World Series title this season, bouncing back from a thumping group stage defeat to Fiji to beat championship leaders South Africa 21-14 in the final for their first title since the Wellington Sevens, way back in February 2013.

The 22 points moved them onto 100 and ahead of Australia into the fourth and final Olympic qualifying position available from the series. Further spots are available for next year's Rio de Janeiro Games via regional qualifiers.

South Africa still lead the way after collecting 19 points for the runners-up spot to move onto 129, four clear of Fiji with only two rounds left in the series in Glasgow and London next month.

The Fijians, winners of the last two tournaments in Las Vegas and Hong Kong, picked up 17 points in Tokyo after edging Canada 21-19 to finish third.

The Fijians' bid for a hat-trick of tournament victories was ended by the South Africans in a nervy, error-strewn semi-final that the Blitzbokke took 7-5.

Trans-Tasman rivals Australia dropped to fifth after a weekend to forget in Tokyo.

After losing to Portugal and Scotland in group play on Saturday, they then suffered a heartbreaking defeat to the United States in the lung-busting final of the third tier Bowl event.