The world number one Lydia Ko has yet to win a major title but the 17-year-old prodigy has already achieved so much in golf that she enters this week's first major of the year in California the envy of her rivals. 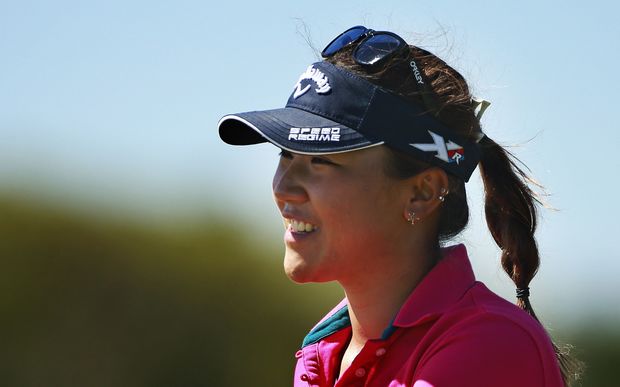 Lydia Ko on the way to winning her 2nd NZ Open Photo: Photosport

The richly talented New Zealander has landed six LPGA titles and her astonishingly consistent game has helped her shoot under par for 28 consecutive rounds, one shy of the record set by former world number one Annika Sorenstam in 2004.

"I got to play with her last week, and it's just incredible," said the reigning champion Lexi Thompson.

"Her game is very consistent. There is not a weakness in her game. She's very straight off the tee, and has a great short game. You can't ask for anything better than that.

"She has a great attitude on the golf course, and probably the best tempo I've ever seen on a golf swing or a putting stroke."

The U.S. Women's Open champion Michelle Wie, another golfing prodigy who turned professional shortly before her 16th birthday in 2005, agreed.

Ko became the youngest golfer to hold top spot in the world rankings by tying for second place at the LPGA's season-opening event in January and the lack of a major title is the only 'blemish' on her already impressive career resume.

"That's really what she's missing at the moment," said Swede Sorenstam, a 10-time major champion. "At that age you would think she'd be missing a lot more. I am amazed how well Lydia is playing."

While Ko will command much of the spotlight at Mission Hills this week, American Thompson is delighted to be back at the venue where she triumphed by three shots last year.

"This area brings back so many great memories ... the tournament changed my life," said Thompson who, at 19, became the second youngest champion at an LPGA major.