The Sharks centre Francois Steyn has been banned for five weeks after SANZAR won an appeal against its own judicial process, which initially cleared the former Springbok of making a dangerous tackle. 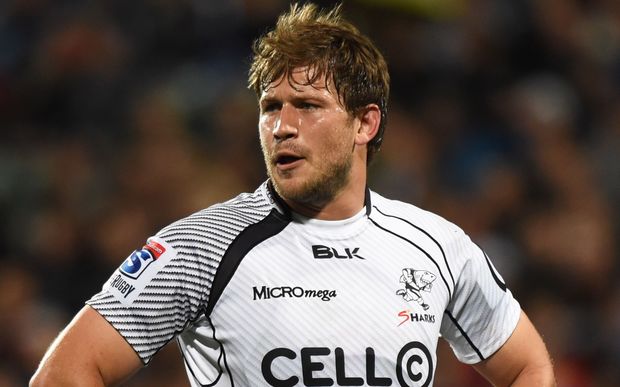 Steyn was sent off for a tip tackle on the Chiefs and All Blacks first five Aaron Cruden in their Super Rugby match 10 days ago in Durban.

Referee Angus Gardner's decision to red card the Sharks center was questioned after the television match official recommended just a yellow card, but was ignored by Gardner.

A disciplinary hearing said the red card should be removed from Steyn's record because two other Sharks players were involved in the tackle.

But SANZAR successfully overturned that decision over night.

Steyn, who will miss four games, was one of three players sent off during the match, including his teammate Bismark du Plessis who was suspended for four weeks for striking out at an opponent with a boot.