The Northern Mystics stormed home in the final quarter to beat the Southern Steel 57-52 in Auckland to cement top spot in the New Zealand conference of the ANZ netball championship. 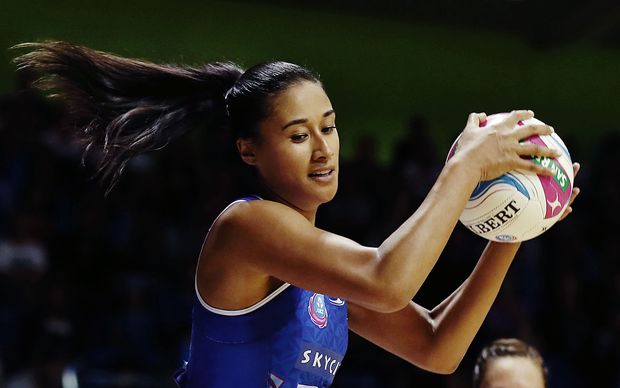 Maria Tutaia in action for the Mystics. Photo: PHOTOSPORT

The Steel led at every break and were up by 2 going into the final quarter.

The Mystics have 3 wins from 5 games for 7 points, the Magic have 4, the Steel and Pulse 2 and the tactic none.

Mystics captain Maria Tutaia led her side from the front once again, nailing 92 percent of her shots, while fellow internationals Cathrine Latu, Laura Langman and import Selena Guthrie all stood tall in the final quarter.

Trailing at each of the breaks, key second half changes to the Mystics line-up provided the intensity and impetus to break the Steel's grip on the game.

The Mystics rolled out the changes for the second half as the game stepped up a pace with young in-circle defenders Katherine Coffin (goal defence) and Temalisi Fakahokotau (goal keeper) replacing Kayla Cullen and Tone-Fitzpatrick respectively. Nadia Loveday also replaced Camilla Lees at wing attack.

The simple instruction was not to sit back but to attack the ball. The offensive mindset paid immediate dividends as the home team's defensive line gained numerous early turnovers as the lead was whittled down to three.

Steel held firm but faced some testing times from the revitalised home team. Form defender Phoenix Karaka, a second half replacement, made her presence felt in the Mystics circle while captain Wendy Frew (wing defence) was a model of composure as the visitors just kept the willing Mystics at bay.