The organisers of the America's Cup have announced cost cutting measures for the 2017 regatta in Bermuda, reducing the size of the boats. 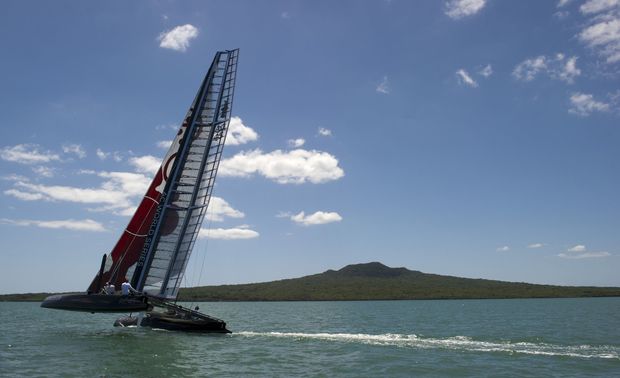 Oracle's AC45 out for a test sail in the Waitamata harbour in 2011. Photo: PHOTOSPORT

The proposed changes are for the races to be contested in new AC45 boats as opposed to AC62s with organisers deciding the operational costs for teams were too high with the larger boat.

Team New Zealand wouldn't comment other than to say on their Facebook page that the idea isn't new, and that they suggested reducing boat sizes last year.

"Since then time has passed with teams well advanced in their design process now and any ideas around change will need the full consultation and support of all the teams."

The America's Cup's commercial commissioner Harvey Schiller says Team New Zealand and Oracle Team USA were the only teams to support the larger boats, but says other teams have got on board after seeing the new boats in action.

"There is a clear majority of competitors who support the idea. I'd like to be able to say we have unanimous support from all the teams but that is not the case."

Boat speed in the new boat is expected to be similar to what was achieved in the last America's Cup through increased time foiling and advances in design and engineering.

"This will be a big change, but it is a necessary one if we are to create a sustainable America's Cup for the future," says Sir Ben Ainslie, the skipper and team principal of Ben Ainslie Racing.

"These boats will create a significant cost saving whilst still providing a real challenge for sailors and designers alike."

To lock in the cost saving measures over the long-term several competitors, including Artemis Racing, have committed to using the new smaller class in the next edition of the America's Cup should they prevail in this one.

"These changes may help some current teams be more competitive, but this is clearly also about building the future of the America's Cup," says Iain Percy, the team manager of Artemis Racing.

"By making a commitment now to using the smaller boat next time, it will be that much easier for new teams to join as they'll have access to existing boats and technology. So this has required us to look a little bit beyond the scope of 'what's in it for us?"

The rule changes are being drafted and teams will be asked to vote on them before the end of March.