Australia have just missed out on an upset of football World Cup holders Germany, settling for a 2-2 draw in their friendly match in Kaiserslautern. 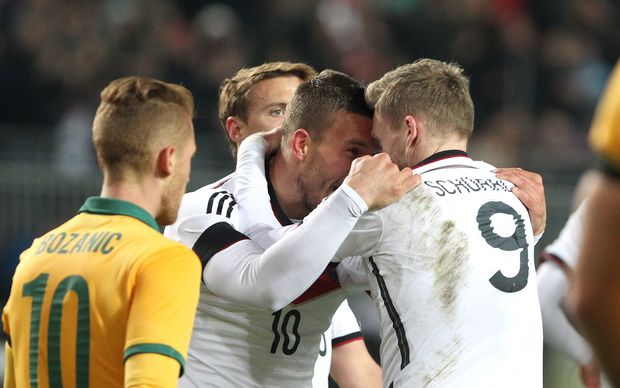 The substitute Lukas Podolski grabbed an 81st-minute equaliser to rescue a draw for the Germans, sending it home from close range with his left foot nine minutes after coming on.

Socceroos captain Mile Jedinak had made up for gifting Germany the lead by putting his side 2-1 up with a brilliant curling free kick in the 50th minute.

Germany travel to Georgia for a Euro 2016 qualifier on Sunday while Australia meet Macedonia in a friendly on Monday.