Former Warriors centre Dane Nielsen has been stood down by St George Illawarra amid allegations of biting a woman on a drunken night out in Cronulla. 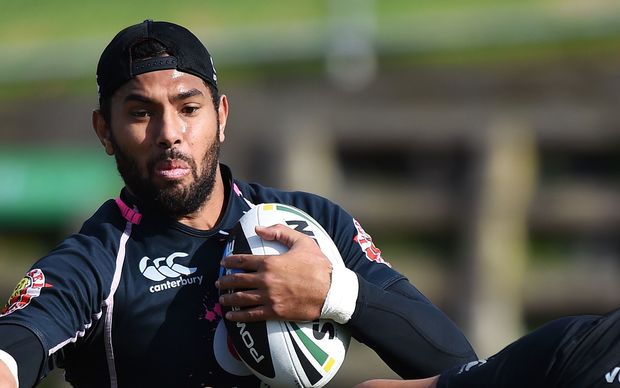 Sharks star Ben Barba was out with Nielsen on Sunday night, but Cronulla management are satisfied he was simply in the wrong place at the wrong time and attempting to extricate his childhood mate from trouble.

Nielsen did not play in coach Paul McGregor's Dragons' side for Saturday's win over Canberra, but was out with several Dragons teammates on Sunday night celebrating their opening win of the season.

The 29-year-old and Barba are good friends from their time growing up in Mackay.

Fairfax Media reported late on Wednesday that a woman had complained to the Dragons that Nielsen bit her on the leg.

The incident is the subject of an investigation by the Dragons, and the NRL integrity unit is aware of the drama.

New South Wales police says they haven't received any reports about the incident.

The Dragons released a statement saying Nielsen had not been named in any side for this weekend after a code of conduct breach.

"Dane Nielsen has not been named in any team this week due to a breach of the club's code of conduct and the NRL Integrity Unit has been informed," the club said in the statement.

The Dragons' statement did not specify the nature of the breach.

After an unhappy two seasons with the Warriors following a move from Melbourne, Nielsen joined the Dragons ahead of this season.

The former Queensland centre played in the Dragons' opening two games before missing the match against the Raiders with a shoulder injury.

He has played 111 NRL games after debuting with the Sharks in 2007.

The incident comes on the back of a CBD stoush on Saturday night between Canterbury's Jacob Loco and Manly's Jorge Taufua.

That incident is also the subject of an NRL Integrity Unit investigation.