The New Zealand captain Brendon McCullum savoured the experience of a lifetime as his team celebrated an epic Cricket World Cup semi-final victory over South Africa at Eden Park. 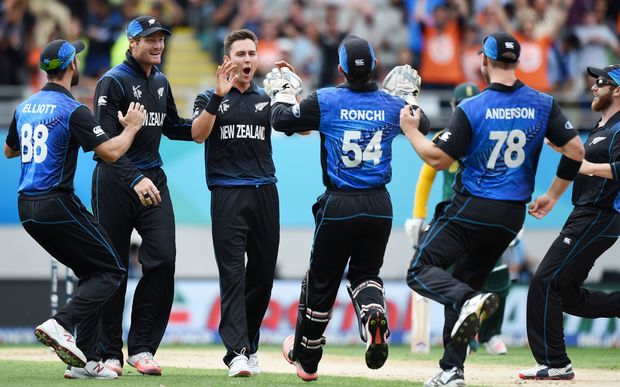 Grant Elliott gave the co-hosts a four-wicket victory when he struck Dale Steyn for six over long-on off the penultimate ball of the rain-reduced match. 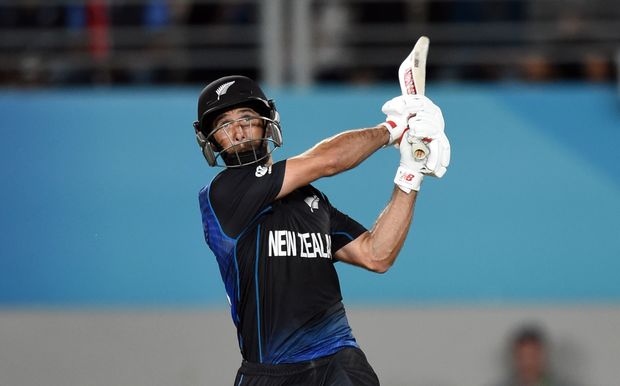 Grant Elliott hits the winning runs against the Proteas with a six Photo: Photosport

The Black Caps will now meet the winners of Thursday's semi-final in Sydney between Australia and India at the Melbourne Cricket Ground on Sunday.

"Pretty amazing," McCullum said at the presentation ceremony. "It was a great advertisement for cricket, everybody will remember this for the rest of their lives."

"It's the greatest time of our lives. We have enjoyed the experience, the crowds that have turned up, the brand of cricket we have tried to play. We hope the crowds are all dreaming the way we are."

"We don't mind who we face in the final, they are both quality sides but we know if we play the way we want to we are a good chance. I'm really proud to represent New Zealand." 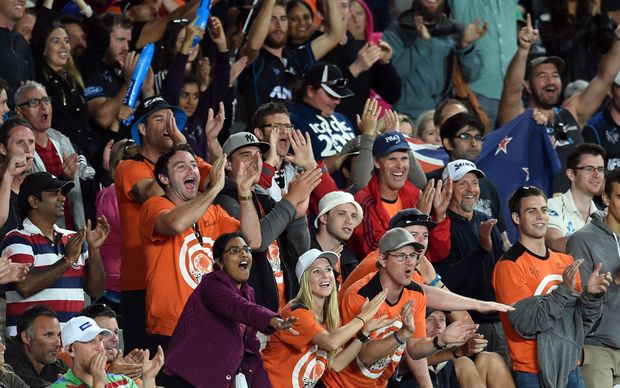 The atmosphere at Eden Park was electric Photo: Photosport

Man of the match Elliott, who scored 84 not out, says the support from the crowd had been amazing as New Zealand chased down their demanding target.

"It's not for myself, not for the team but it's for everyone here. The support has been amazing," he says.

"We just wanted to take it as deep as we could. Corey (Anderson) batted fantastically well. We timed the pace of the innings to perfection.

"When you have got 40,000 fans screaming at you every ball, it's been an absolute pleasure playing at Eden Park, playing in front of the home crowd. Now it's the first final we have been in as the New Zealand team." 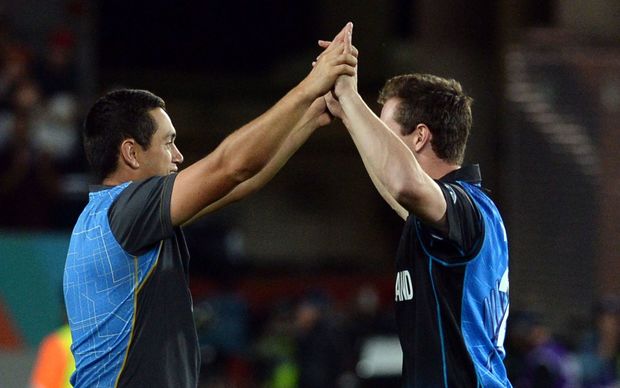 South Africa captain AB de Villiers said it had been an amazing game of cricket.

"Probably the most electric crowd I have ever heard in my life," he said.

"I guess the best team has come out on top. We gave it out best."