Controversy is brewing over the Sydney pitch in the lead-up to the Cricket World Cup semi-final between Australia and India. 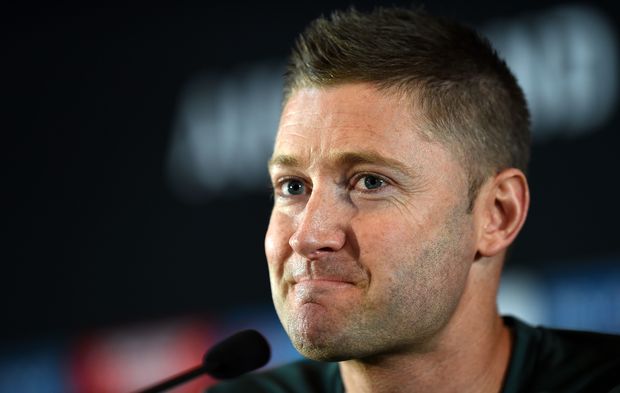 The wicket at the Sydney Cricket Ground has traditonally been a spinner-friendly surface which would better suit the Indian bowlers, rather that Australia's pace heavy attack.

In recent days, however Australians Josh Hazlewood and Glenn Maxwell have both voiced their hopes for an SCG strip with a fair bit of spice in it.

Throw in home captain Michael Clarke's words that a wicket with a bit of grass on it would "certainly help our fast bowlers" and a handful of Indian press outlets have put two and two together.

"Their demands are not going to be met. The World Cup is organised by the International Cricket Council... there is no scope for tampering," wrote one Indian journalist.

The ICC pitch consultant Andy Atkinson has been inspecting the wicket alongside the SCG curator Tom Parker on Monday.

There was a green tinge to the pitch, but it's not expected to remain that way come Thursday.

Atkinson was unwilling to comment, but it's understood Parker is being afforded the same freedom he has enjoyed since being put in charge of the SCG pitch in 1997.

Atkinson liaises with local groundsmen whenever the ICC stages a tournament.

"I work in collaboration... I am not there to step on people's toes," the Essex-born official says in an interview.

Parker is actually far from Cricket Australia's favourite curator at the moment.

This year's Test between India and Australia was a drawn run-fest, while coach Darren Lehmann was stunned the previous year when England were skittled in three days.

"How do you reckon I would assess it? Words will get me in trouble here. It's disappointing," Lehmann said at the time.

The pitch being used for Thursday's semi-final is the same strip that Imran Tahir spun South Africa to victory on in last week's quarter-final.