Canterbury shot putter Tom Walsh has moved to the top of the world rankings as three national records were sent tumbling at Australasia's highest profile track meeting in Melbourne. 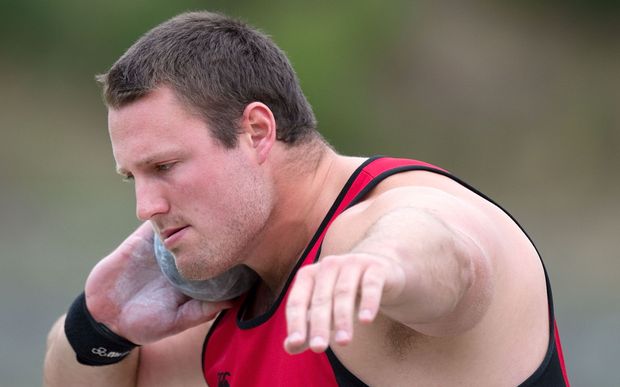 Walsh smashed a new Oceania and New Zealand record at the I.A.A.F Melbourne World Challenge to move to the top of the world rankings for 2015.

Tthe 23-year-old from Timaru threw 21.37 metres with his final winning effort, to add 11 centimetres to his own national record, set when winning bronze at the 2014 World Indoor Championships in Poland.

And he overtakes the American Ryan Whiting, who beat Walsh twice in February at meetings in Christchurch and Auckland.

Walsh not only sets a national record, he also takes the world leading outdoor mark for 2015 - though Whiting has thrown 21.80 metres indoors this year.

Meanwhile, Rosa Flanagan maintained her outstanding progress by slashing almost seven seconds from her national under-20 record in the women's 3000 metres steeplechase, to place fourth in 9:41.42 and earn the additional bonus of dipping under the World Championship 'B' qualification standard.