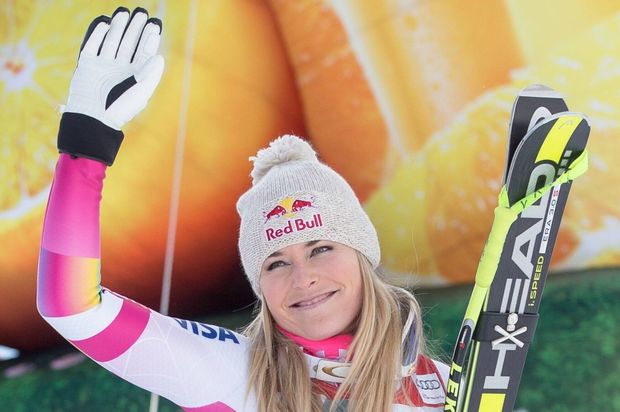 Vonn's World Cup win in Meribel was her 67th, a women's record.

The 30-year-old says Ingemar is a legend in our sport and someone I've always idolised.... I'm honoured to be mentioned in the same sentence as him.

On chasing Stenmark's record of 86 World Cup wins from the 1970s and 80s, she added: "Mathematically it's definitely possible, but it's not my goal. My goal is just to keep winning races."

Vonn picked up a crystal globe, her 19th, as the discipline's best performer over the season.

Vonn only returned to racing at the start of this season after two serious knee injuries.

Meribel is the final World Cup meeting of the season.