The American Lindsey Vonn has become the most successful female World Cup alpine skier of all time after breaking a 35-year-old record for the most wins. 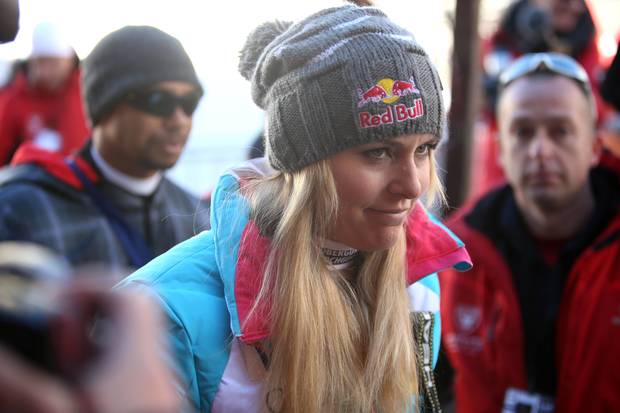 It was the 30-year-old's fourth victory of the season after returning to action following two serious knee injuries.

Vonn's record-breaking victory came when she clocked one minute 27.03 seconds to finish 0.85 secs ahead of Austria's Anna Fenninger.

The result leaves her fourth in the overall World Cup standings.

She had equalled the win record when claiming yesterday's downhill race at the same venue - where she also managed her first podium with a third-place finish in January 2004.

Vonn says: "I got my first podium here in the World Cup and I have a really good understanding of the hill."

Vonn's boyfriend Tiger Woods lost a front tooth after being hit in the face by a video camera while watching her compete.

The former world golf number one surprised Vonn when he turned up in the resort but caused more of a stir when photographs showed a gap where his tooth had been.

His agent says during a crush of photographers at the awards' podium, a media member with a shoulder-mounted video camera pushed and surged towards the stage, turned and hit Tiger Woods in the mouth, it was an accident.

Woods, who was limited to nine tournaments last year due to back issues, said earlier this month that he will make his season debut at the Phoenix Open at the end of the month.