No playmaker Gillies Kaka for the All Blacks Sevens, but DJ Forbes and Tim Mikkelson return - while there are two new caps named.

Sir Gordon Tietjens has named his side for the next two legs in Hong Kong and Tokyo, as the New Zealanders prepare to defend their title at the prestigious Hong Kong tournament.

Kaka hasn't recovered from the broken hand he suffered early on in the last leg in Las Vegas.

But captain DJ Forbes and veteran wing Tim Mikkelson return from injury for Hong Kong, which takes place next weekend. 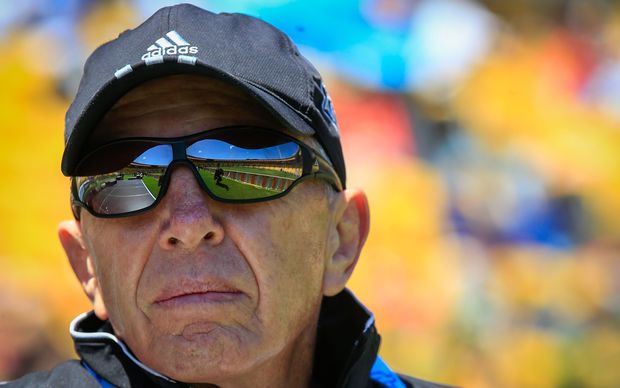 The New Zealand coach has had All Blacks defensive mastermind Wayne Smith in camp this week in Mt Maunganui, to help the team out on defence.

And Sir Gordon's waiting to hear from New Zealand Rugby which All Blacks are keen to compete for a spot in next year's Rio Olympics. 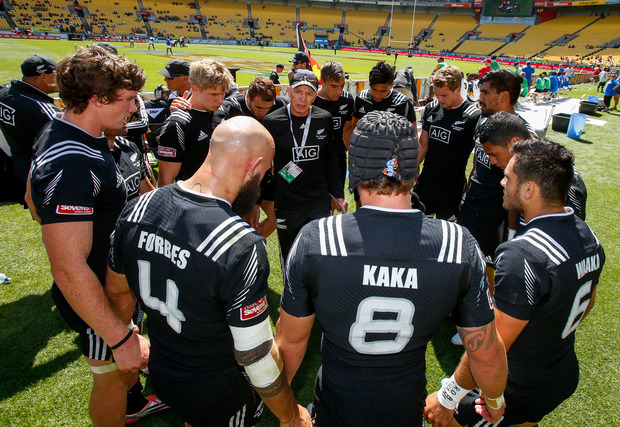 The All Blacks Sevens in a huddle in Wellington Photo: PHOTOSPORT

The cut-off date for the likes of Sonny Bill Williams to sign on for the chance to win an Olympic gold medal is late May.

The top four countries at the end of the current World Series automatically qualify for Rio. New Zealand is currently second, five points behind South Africa, with four legs remaining.