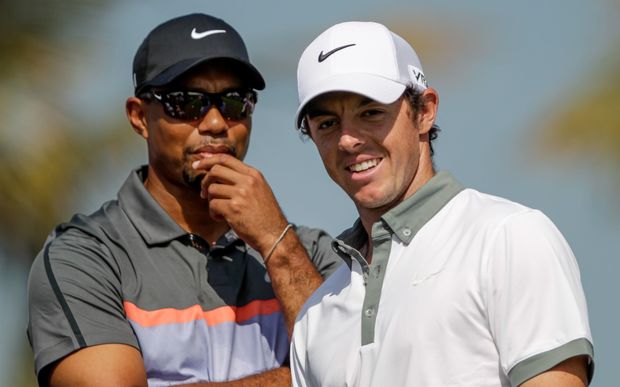 EA has announced that the game, to be released in June, will be called "Rory McIlroy PGA Tour" and feature the 25-year-old from Northern Ireland on its cover.

It will mark the first time since 1998, the year after Woods won his first major crown at the Masters, that Woods has not been featured on the cover. Woods-EA contract expired in 2013.

EA figures to seek a new group of young gamers and golf fans with the switch, using the hashtag NextGenGolf with a Twitter posting announcing McIlroy's new status.

McIlroy will try to complete a career Grand Slam by winning his first Masters title next month at Augusta National. He will also be trying for his third major title in a row after wins at last year's British Open and PGA Championship.

Woods, 39, is chasing the record 18 career major titles won by Jack Nicklaus but has not won a major crown since the 2008 US Open.

In recent years he has been nagged by leg and back injuries and is currently struggling with his game, his participation in doubt for the Masters, on a course where he has won four times - but not since 2005.