The Gold Coast coach Neil Henry doesn't expect any of the players caught up in the National Rugby League club's cocaine scandal to play in Saturday's season opener against Wests Tigers. 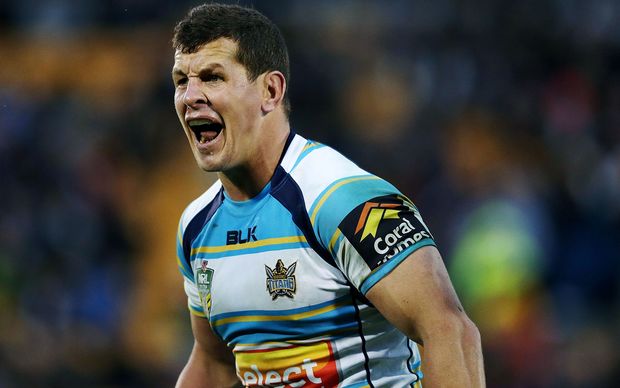 Henry hasn't named any of the five players facing charges of supplying or possessing cocaine in his team for the home clash with the Tigers.

Instead he's opted to select six players who'll be making their first start for the club in what will be a vastly different Titans team to that which they fielded in their final NRL fixture last year.

Henry said last week he was hopeful the players embroiled in the drugs saga would be reinstated following their first court appearances but despite current player of the year Beau Falloon and fringe first grader Jamie Dowling being set to face court on Thursday, the Titans coach isn't expecting either to be a late inclusion.

"You'd think that'd be too late for it anyway," Henry said.

"Time will tell what happens with whether or not anyone else is available in the meantime. I'd have to say that the guys would be hopefully available for round two."

Two of the players currently stood down, Dowling and outside back Kalifa Faifai Loa, were unlikely to play against the Tigers anyway.

But Falloon's absence, along with that of State of Origin stars Greg Bird and Dave Taylor - all forwards - has forced a reshuffle in the Titans' pack.

Captain Nate Myles will take Bird's spot at lock while Ryan James and recruit Matt Robinson are in the back row.

The other new face in the starting line-up is ex-Brisbane back Josh Hoffman, who will start in the centres alongside James Roberts with Will Zillman playing at fullback.

Kevin Gordon has also won the battle for a wing berth ahead of Anthony Don while Lachlan Burr and Agnatius Paasi are the other club debutants on a five-man bench.

Henry said despite most having already written off his embattled team, he's happy with his selection.

"We don't need any motivation," he said.

"Hopefully we get a healthy crowd, a bumper crowd."