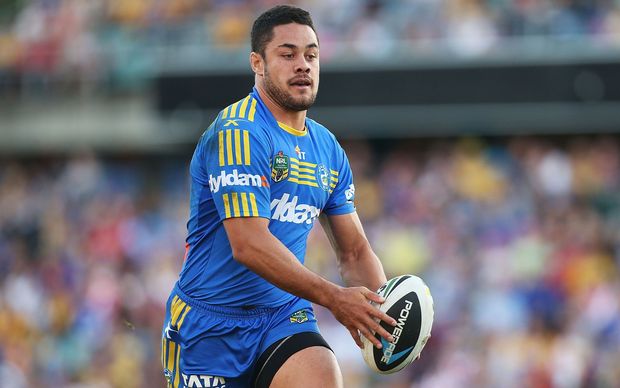 Jarryd Hayne in action for the Eels in May Photo: PHOTOSPORT

Hayne announced his deal at a media conference in Sydney, after quitting the NRL to chase his dream of playing American football in the NFL.

The contract is a big step forward in Hayne's bid to crack the NFL, but is no guarantee, only giving him a spot in the 49ers' 90-man practice squad.

He will need to further impress in the lead up to the next NFL season, when the 49ers cut their roster to 53 players in August.

He says he thought until very recently that he would be going to the Lions - "It was very close but it wasn't to be."

He was attracted to the 49ers because their new head coach Jim Tomsula has a good knowledge of rugby from his time coaching in the NFL's European feeder competition and so understood the transition he had to make.

"For me this (deal) is a small step in the right direction," says Hayne. "The hard stuff starts now."

Hayne says the team has guaranteed $US100,000, a rare offer for an undrafted free agent and particularly for a 27-year-old who has never played a down in college football or the NFL.