The defending trans-Tasman netball champions the Melbourne Vixens have thrashed the Wellington-based Central Pulse 64-40 in their season opener in Melbourne. 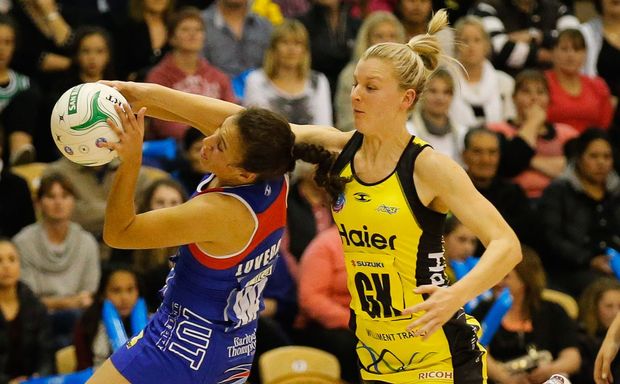 Not the best start to 2015 for Pulse captain Katrina Grant, seen here in action against the Mystics Photo: Photosport

The Waikato Bay of Plenty Magic opened the trans-Tasman competition with a 45-44 win over the Thunderbirds in Adelaide on Saturday.