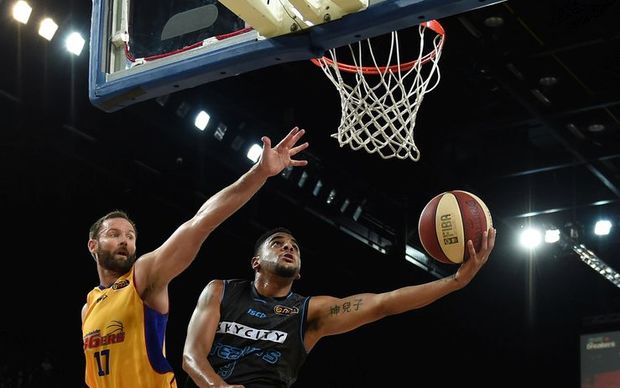 After smashing the 36ers at Vector Arena on Thursday night, the Breakers were in no mood to bring the series back to Auckland.

Ekene Ibekwe and Cedric Jackson led the way for the Breakers with both scoring 18 points.

Jackson also had 10 rebounds, six assists and four steals in an outstanding display.

Forward Mika Vukona was delighted with the effort of his team and was already looking ahead to the Grand Final Series.

"It feels awesome, the guys did the hard work in Auckland, to come over here where we knew it was going to be hard and do it against the hottest team in the competition is great, it could have turned on us real easy and almost did right at the end there."

"We are not here to joke around, we might have faltered a couple of times at the end of the regular season but we are here to play and going for that championship right now."

"We really don't care who it is in the final, we are just so happy to be there, any team we can take them."

The Breakers will meet either Perth or Cairns in the ANBL decider.

Cairns beat the Wildcats 71-64 in the opening game of their best-of-three semi-final series at the Cairns Convention Centre on Friday night.

Game two is in Perth on Sunday.

Home advantage will be determined by the outcome of the second semi-final series, with the Breakers holding the edge over Perth, but Cairns having the advantage over the Breakers.