The South African cricket captain A B de Villiers hit the fastest 150 in one-day international history as his Proteas thrashed the West Indies in their World Cup pool game in Sydney. 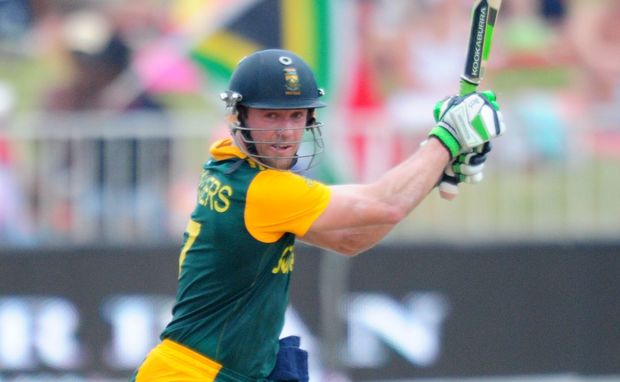 The South Africans made 408 for five, the biggest score of the tournament so far. In reply, the West Indies were bowled out for 151 in the 34th over.

De Villiers smashed 162 not out from 66 balls, including his final 50 runs off just 12 balls, to bring the crowd at the Sydney Cricket Ground to its feet.

The 31-year-old says he was just in the right mental space, but the Proteas skipper says only hard work earns a batsman the right to dominate in such a fashion.

"You get into that kind of mode, and it doesn't happen very often, it's quite a good feeling to feel one step ahead of the bowlers, that's the main thing," de Villiers says.

"Sometimes it goes you way, sometimes it doesn't. I got dropped a couple of times which helped me really free up and dominate a bit at the end."

"A bit" is something off an understatement and the West Indies bowlers must be heartily sick of the sight of de Villiers after he hit the fastest one-day fifty (16 balls) and fastest century (31 balls) against them in Johannesburg last month.

The sheer range of shots he played on Friday was breathtaking but he admitted to feeling out of sorts when he came out to join Rilee Rossouw in the middle with his side becalmed at 146 for three.

"Rilee played a big part in me getting off my feet today," he says. "I didn't feel too well going out to the wicket, a bit flat. He had a lot energy about him, a lot of intensity, getting into a lot of good positions, making it look flat out there.

"We were getting a lot of momentum behind us at a really quick pace. We're both really aggressive players, we ran a lot of twos, and all of that together helped in me having a go."

The victory was the statement South Africa had been looking for after they fell to an embarrassing 130-run defeat to India in their last Pool B match in Melbourne.