The Wellington Phoenix have signed striker Joel Griffiths for the rest of the A-League football season, to bolster the side's goal-scoring stocks. 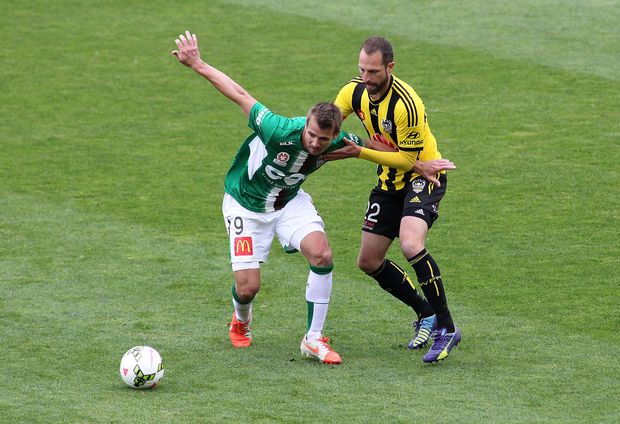 The Phoenix have relied heavily on Fijian international Roy Krishna and recalled Socceroo Nathan Burns for their goals - so the addition of Griffiths, who scored 62 goals in 128 games for the Newcastle Jets, as well as finding the net regularly during stints in China and Japan, will help relieve the pressure on their frontline.

Griffiths, who's a long-time friend of the Phoenix captain Andrew Durante and won the A-League with the Jets when Durante was a player there, says Durante has told him some very good things about what is happening at the Phoenix, about Ernie Merrick and the staff he has around him.

Griffiths rented Durante's house in Newcastle till he bought a property recently, and he says he's very excited about the next three months and wants to contribute to what the club's trying to achieve.

"The last nine games in any league are crucial and I will be giving it everything I have," the 35-year-old says.

"It will be hard work and it was tough leaving a young family (wife Bianca, five-year-old daughter Jazelle and two-year-old son Billy) so I want to make it worthwhile."

"I've never been one to cut corners and I am here to do a job. It isn't financial because I don't need the money, but I love football and enjoy a challenge."

Griffiths spent two stints at Newcastle, the most recent this season, when he was among five players sacked by owner Nathan Tinkler after a player revolt.