The New Zealand cricketing great Martin Crowe was inducted into the sport's Hall of Fame, at Saturday's World Cup match between New Zealand and Australia in Auckland.

The former New Zealand captain is regarded as one of the most stylish and elegant batsmen of his generation. 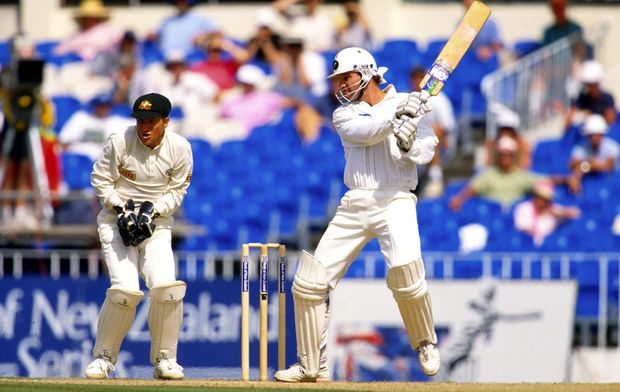 Martin Crowe in his cricketing prime against Australia in 1992. Photo: Photosport

England have made 309 for six, batting first in their Cricket World Cup match against Sri Lanka in Wellington.

So Sri Lanka will need a little bit more than six runs an over to win.

Crowe received his commemorative cap during the innings break to become the 79th inductee into the ICC Cricket Hall of Fame and third New Zealand player, after Sir Richard Hadlee and Debbie Hockley.

Last month Crowe, who is terminally ill, revealed he hadn't expected to see the World Cup.

Crowe made his international debut against Australia in 1982 at the age of 19.

This included 17 centuries, the most by a New Zealand cricketer, while his 299 against Sri Lanka in Wellington in January 1991 stood as a national record until Brendon McCullum scored 302 against India in Wellington last year in February.

Crowe also played 143 One-Day Internationals in which he scored 4,704 runs at an average of 38.55 with four centuries and 34 half-centuries.

He played in three Cricket World Cups, and led New Zealand to the semi-final of the 1992 tournament when the Black Caps lost to eventual champions Pakistan in Auckland. 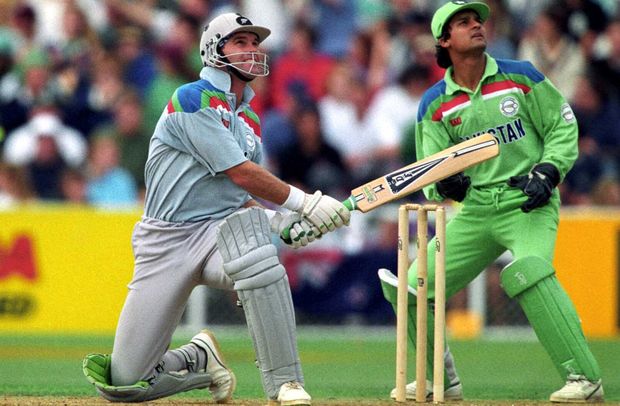 Martin Crowe was named Player of the Tournament at the 1992 World Cup. Photo: Photosport

Being top run scorer coupled with his innovative captaincy earnt him the player of the tournament award.

Overall, Crowe played 247 first-class matches in a 17-year career in which he scored 19,608 runs with 71 centuries and 80 half-centuries.