South African rugby squads will include seven non-white players in 23-man match squads in the run-up to this year's World Cup in England, which starts in September. 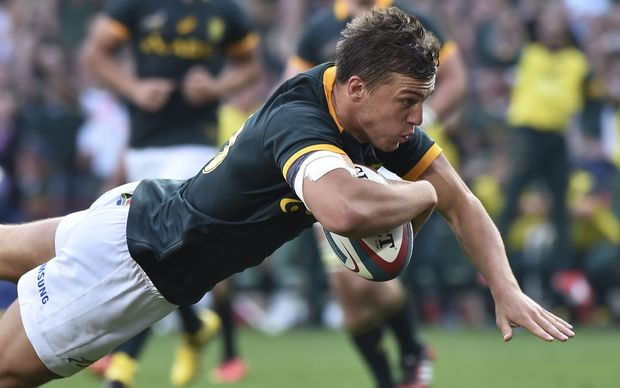 The Springboks Handre Pollard dives for a try. Photo: PHOTOSPORT

The commitment is part of plans for the South African game which aims to have non-whites making up half of all domestic and national teams by 2019.

At least two of the seven non-whites in this year's squads must be black Africans, distinguishing them from players of mixed race who have long played a role in Springbok teams.

The inclusion of seven non-whites will be a challenge for the Springboks coach Heyneke Meyer, whose starting fifteen right now would probably include only one black African and two mixed race players.