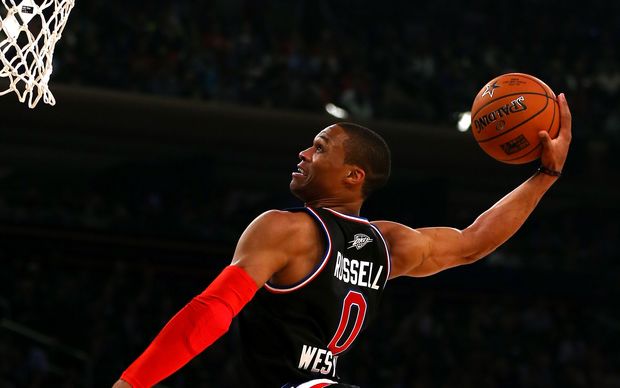 Russell Westbrook goes up for a dunk in the NBA All-Star Game. Photo: AFP

Westbrook was named Most Valuable Player after finishing one point shy of Wilt Chamberlain's all-time All Star Game scoring record set in 1962.

His 27 first-half points set a new record for points in a half in the All Star Game.