The Cairns Taipans have all but sealed the Australian basketball league's minor premiership, by beating Melbourne United 84-62 at home. 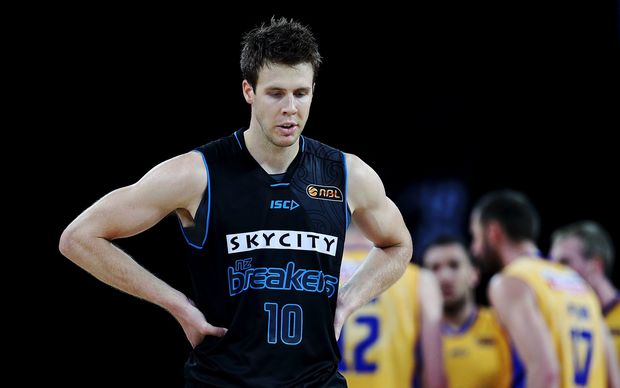 The Breakers' Tom Abercrombie cuts a dejected figure after the loss to Adelaide Photo: Photosport

The New Zealand Breakers can still equal Cairns despite losing at home to Adelaide on Thursday, if they beat the champion Wildcats in Perth on Sunday, then beat the Taipans in Auckland next weekend.

The Breakers' heartbreaking narrow loss to the in-form 36ers at Vector Arena saw the three-time champions hand the advantage back to Cairns, who made no mistake as they knocked Melbourne out of the playoffs race.