The Super Rugby season's underway and for the fourth year in a row, the Crusaders have lost their opening game.

The home side went down 20-10 to the Melbourne Rebels in Christchurch, the visitors scoring two tries to one.

And to make matters worse, the Crusaders' All Blacks star Daniel Carter suffered another leg injury. 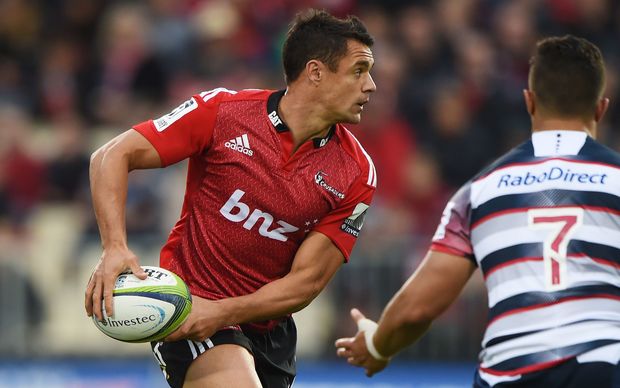 Carter was limping in the second half and the 32-year-old was subbed on the 73 minute mark.

The first five eighths, who has also already said he will leave New Zealand rugby after the conclusion of this year's World Cup to take up a three-year contract with France's Racing Metro, allayed any early jitters about the All Blacks' world title defence.

"I got a whack in the side of the leg, similar to a spot that I got it last year. It was just a knee and gave me a bit of a dead leg," Carter told reporters. "I'm sure it's nothing serious."

Carter has had a tumultuous run with injuries since a torn muscle in his groin ruled him out of the 2011 World Cup and he barely played at all last year due to a sabbatical and then a broken leg. 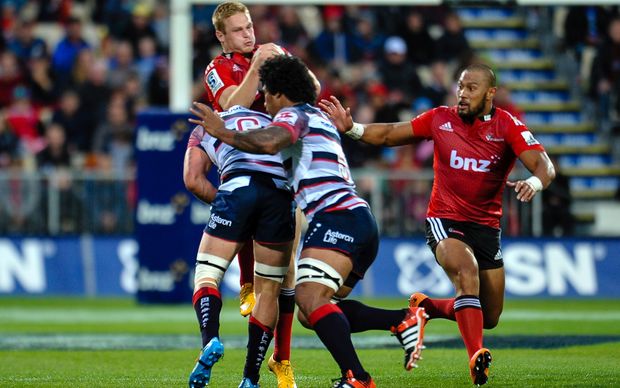 Johnny McNicholl of the Crusaders is tackled by Sean McMahon and Lopeti Timani of the Rebels. Photo: PHOTOSPORT

The Rebels led 13-10 at half-time after both teams scored a try and had their halfbacks sin-binned in the opening 40 minutes.

Forward Lopeti Timani opened the scoring for the Rebels while the Crusaders also crossed from close range through hooker Ben Funnell, while both No.9s, Nic Stirzaker and Mitchell Drummond, were yellow carded.

The Rebels scored their second try on 65 minutes to Stirzaker while down to 14 men again, after flanker Sean McMahon was handed a dubious yellow card for an innocuous tackle deemed to be a tip-tackle.

Their new Wallabies first-five Mike Harris was near-perfect with the boot on debut, kicking both conversions and two penalties, the former Queensland Reds player only missed a long-range kick from over halfway.

The Rebels captain Scott Higginbotham and Stirzaker were both cited for stamping after the match.

Elsewhere, the ACT Brumbies thrashed the Queensland Reds 47-3 in Canberra.