The Australian captain, Michael Clarke, has been ruled out of their World Cup opener against England at the Melbourne Cricket Ground. 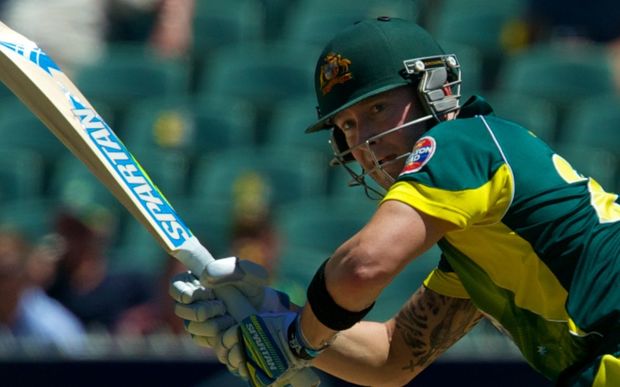 Clarke is continuing to recover from hamstring surgery two months ago and scored 64 in Australia's warm-up match against the United Arab Emirates yesterday.

The coach, Darren Lehmann, says Clarke was keen to play England but they've decided to take a more cautious approach.

He says Clarke remains on track to return for Australia's second game, against Bangladesh in Brisbane on February 21.