The draw for the upcoming Under-20 football World Cup's taken place in Auckland, and the hosts New Zealand will play in a pool featuring the USA, Ukraine and Myanmar.

New Zealand will open the event against Ukraine on May 30 at QBE Stadium before meeting the United States on June 2 at the same venue.

Their final Group A clash will take place at Westpac Stadium in Wellington against Myanmar on June 5.

The Junior All Whites coach Darren Bazeley said while his side have avoided some of the biggest names in world football, he is well aware of the size of the task ahead.

"Obviously every game is going to be very hard."

"There are no teams that will be easy and everyone that's here has qualified through tough tournaments to achieve their place."

"What we've got now is, on paper, a relatively favourable draw."

"We've now got to manage the expectation of that."

"It's not a big name, but it's still going to be hard. We"re under no illusions of how hard it's going to be."

"But it's a relatively good draw for us and gives us a great opportunity to do what we are setting out to do which is to get into that knockout phase."

Bazeley said now their opponents are known work will begin quickly on getting into the detail of preparation for the challenges they'll face in Group A.

"Everything is going to fall into place really quickly, working out how they play, who their best players are and what their philosophy is."

"We should be able to get a lot of information on all of the teams we've been draw against."

Is it possible to progress from this group? Yes of course it's possible," said Bazeley.

"Is it going to be hard, yes, but I believe we are good enough to make this happen."

"It would've been nice to play the big countries like Brazil and Argentina but I think realistically we want to do as well as we can in the tournament. And this draw is great."

The World Cup takes place across seven New Zealand cities between May 30th and June 20th.

Football heavyweights Argentina, Colombia, Uruguay and Brazil have confirmed their spots at the FIFA tournament. 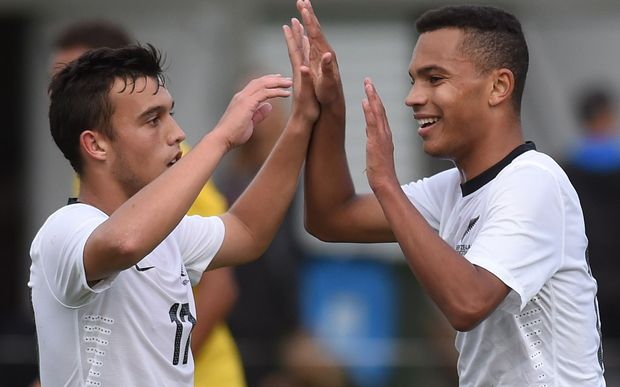 The CONMEBOL or South American qualifying tournament wrapped up in Uruguay on Sunday, bringing the total number of qualifying countries to 20, with only the African confederation still to be confirmed.

Argentina secured the position as champions of South America by beating Uruguay 2-1 in the final match, while Colombia thrashed Brazil 3-0 to finish second behind Argentina.