The Kiwis rugby league international Ben Matulino has signed a new two-year contract with the Warriors, which will keep the prop at the National Rugby League club until the end of the 2017 season. 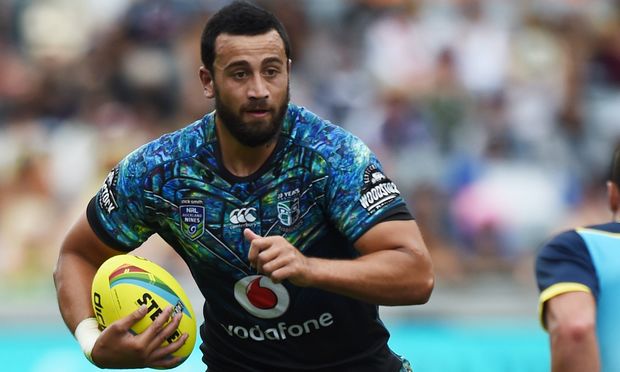 The deal will enable the 26-year-old Wellingtonian to join the select group of players who have represented the Warriors across 10 NRL seasons.

Now entering his eighth campaign, Matulino last year became only the 10th player to have appeared in 150 NRL games for the club; Sam Rapira (169) is the only front rower ahead of him.

Named the club's player of the year in 2012, Matulino says he's delighted he'll be staying in Auckland for at least another two years.

"I'm really pleased to have my future sorted out now before the season starts," he says. "There was interest from other clubs but this is where I want to be."

"The Warriors have done so much for me and I owe them for the support."

He says he really likes the culture head coach Andrew McFadden is building and he feels the team's future is looking good, which is something he wants to be a part of.

"This is also a great group of players to be around, the ones who have been there all the way along like Simon (Mannering), Manu (Vatuvei) and Sam (Rapira) as well as the young players coming through."

McFadden says extending Matulino's time with the club is critical to building the squad.

"Ben has great standing as one of the best front rowers in the game today," he says. "He's also a fantastic advertisement for our development system and for the NYC, the way he has come through to achieve so much at both NRL and international level."

"It was really important for us to extend Ben's time with the club. He has so much more to offer and is a real key to our future."

Matulino made his debut as a 19-year-old and has gone on to create history as the first NYC graduate to play his 100th NRL game (in 2012) and also the first to reach 150 appearances, which he did against the Roosters last year.

After playing his junior football for the Te Aroha Eels in Wellington, Matulino has also gone on to play 19 Tests for the Kiwis.

He helped the Kiwis to their win over the Kangaroos in the 2010 Four Nations final in Brisbane but was ruled out of last year's successful campaign.

Matulino was initially used as a second rower and reprised that role several times last season but most of his career has been in the front row as a starting prop or an interchange option.

He relished his most productive try-scoring season in 2014, scoring four tries to lift his career tally to 13.