Glenn Maxwell produced a stellar all-round performance and Mitchell Johnson returned to terrorise England as Australia clinched the one-day tri-series with an emphatic 112-run victory over their Ashes rivals on Sunday. 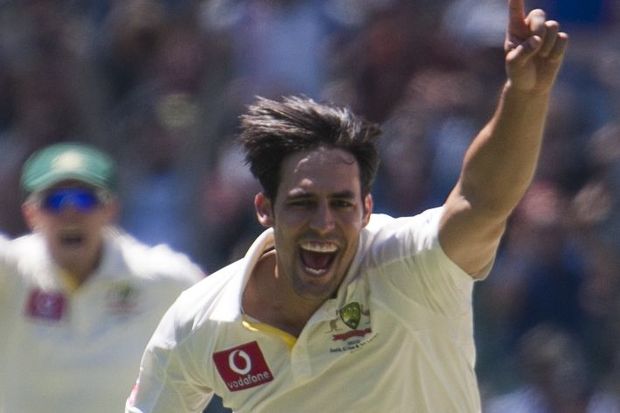 Two weeks before the World Cup, the hosts proved their batting depth to recover from 60-4 and post 278-8 with Maxwell (95) and Mitchell Marsh (60) rebuilding the innings before James Faulkner's late assault.

A rejuvenated Johnson, rested in the group games, then mowed down England's top order on a bouncy WACA track, dismissing James Taylor, Moeen Ali and captain Eoin Morgan, who left a ball and watched in horror as it pegged back his off-stump.

Maxwell followed up his batting heroics with bowling figures of four for 46 to go with the sharp catch he took to send back Taylor as England collapsed for 166 in 39 overs and one ball.

Ravi Bopara top-scored for the visitors but his 33 runs were of little significance in an abject batting collapse.

Put into bat, Australia were reeling at 60 for four in the 18th over but Maxwell found an able ally in Marsh and the duo added 141 runs in 23.2 overs to prop up the innings.