The Breakers are on track to claim their fourth minor premiership and have already secured their place in the National Basketball League playoffs with four regular season games remaining.

The New Zealanders reclaimed first place from Cairns, for now, with a 90-79 win over the defending champion Perth Wildcats in Auckland on Thursday night - a victory which ensures they'll finish in the top two. 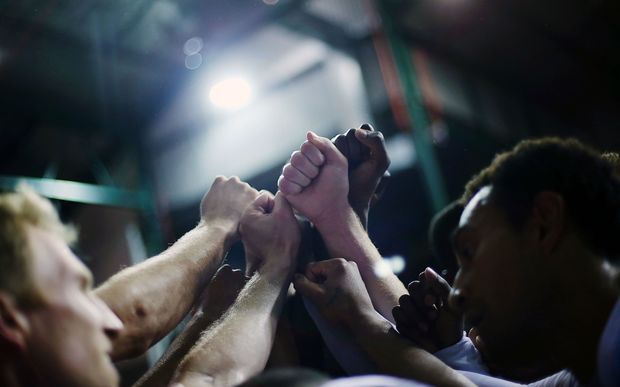 The Breakers celebrate the win over the Wildcats. Photo: Photosport

It also means the Breakers have swept Perth 3-0 in the series, which coach Dean Vickerman says is pleasing, while sealing a high seeding place in the finals is important.

The home team were without their centre Alex Pledger but Ekene Ibekwe managed to contribute 12 points and grab eight rebounds despite foul trouble, and the team had strong contributions right across the board. 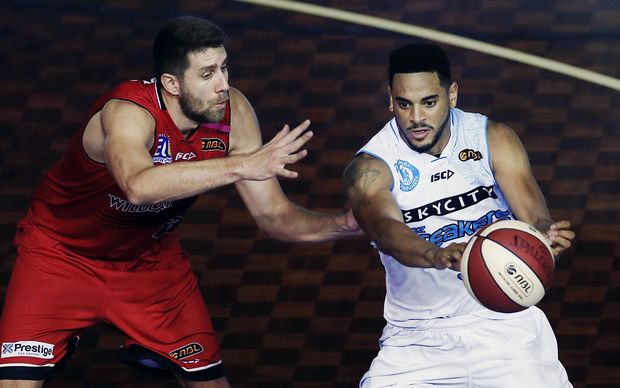 Guard Corey Webster scored all of his team-high 17 points in the first half with swingman Tom Abercrombie finishing with 16 points, Tai Wesley 11 and Cedric Jackson 10.

The Breakers play the Townsville Crocodiles next up, next Saturday.