Sri Lanka has won the seventh and final one-dayer in Wellington against New Zealand by 34 runs.

However, New Zealand won the series 4-2, with one match being abandoned because of rain.

The Black Caps were chasing 288 for victory, but failed in their run chase in the 42nd over.

The tourists finished their 50 overs on 287 for six, with Kumar Sangakkara making 113 not out.

Sri Lanka won the toss and were looking good at 175 for one in the 33rd over before the returning Tim Southee broke up a 104-run partnership between Sangakkara and Tillakaratne Dilshan for the second wicket, Dilshan caught behind for 81.

Regular wickets from there hobbled their innings with Cory Anderson taking three and Southee, who replaced Trent Boult, two.

The dangerous Mahela Jayawardene was caught behind for 14 off Southee.

Opener Lahiru Thirimanne was out first, lbw to Anderson for 30. 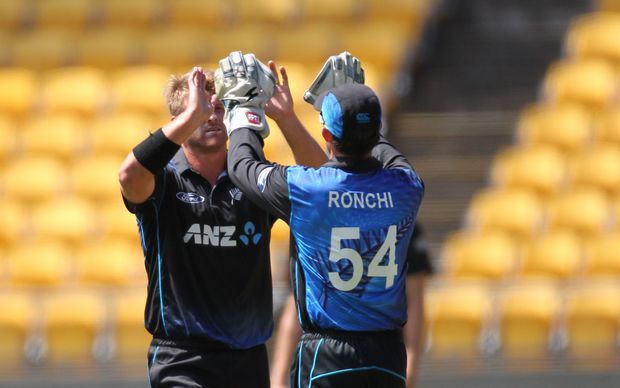 The New Zealand captain Brendon McCullum sat out the match. 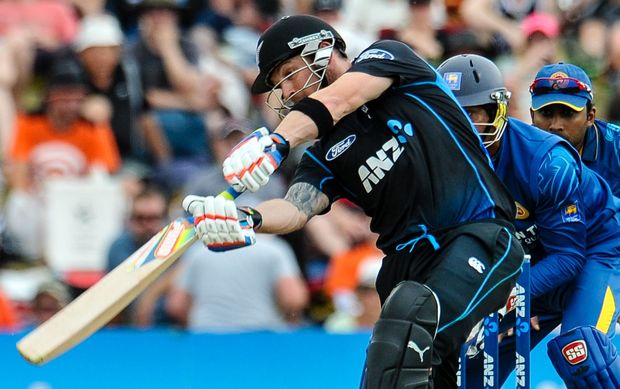 Kane Williamson was the captain for the day.

Sri Lanka won the toss and chose to bat. 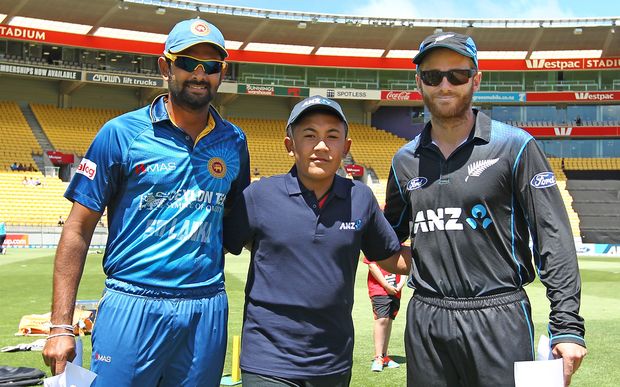 The Black Caps have already sealed the series 4-1.