Holders Arsenal held on to beat Championship side Brighton and Hove Albion 3-2 on the south coast in the fourth round of the English FA Cup to ensure they did not fall foul of another upset. 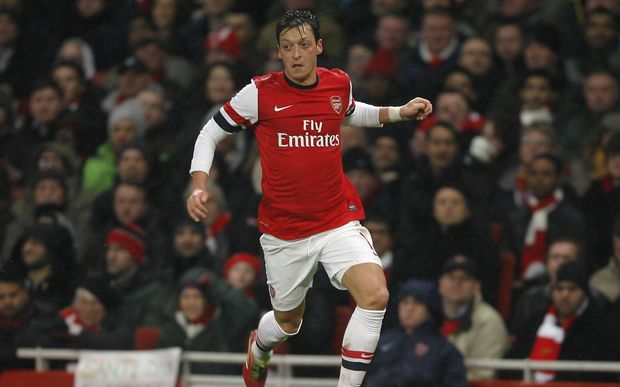 A day after Chelsea and Manchester City were stunned by Bradford City and Middlesbrough respectively, Theo Walcott put Arsenal ahead on 89 seconds before Mesut Ozil added a second midway through the first half.

Brighton pulled a goal back through Chris O'Grady but Tomas Rosicky restored Arsenal's two-goal advantage with an exquisite volley from the edge of the box.

Sam Baldock reduced the deficit with a neat finish on 75 minutes to set up a nervy finish for Arsenal but the holders stood firm to book their place in the fifth round.

The 5th round draw will be made tomorrow with 10 Premiership sides still left.