The former world champion American Evelyn Stevens will compete in next month's Cycle Tour of New Zealand being held in the Wairarapa.

Stevens is a former team time trial world champion as well as the winner of numerous international races around the world.

The five-day tour will take place entirely in the Wairarapa from February 18th - 22nd and is the third event of the 2015 UCI Women's Cycling Calendar following races in Argentina and Qatar.

Stevens will be part of the United States national team and ride alongside Lauren Hall, Tayler Wiles, Megan Guarnier and Andrea Dvorak. 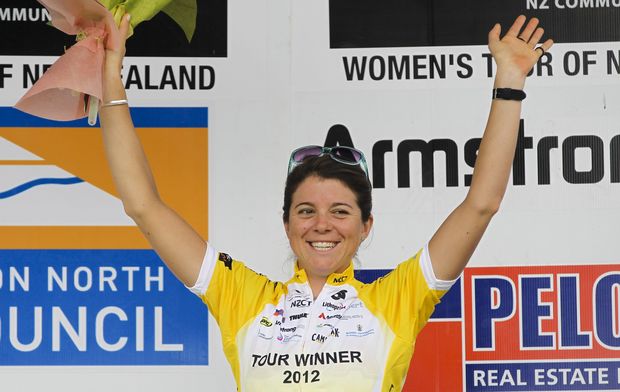 Since making the improbable leap from the analyst floor at a New York investment firm to the world of professional road cycling, Stevens has amassed numerous titles in a short time.

These include winning the world team's time trial championships three times, capturing the US time trial title on two occasions, winning a total of 12 major international tours, including the women's tour de France, Tour of The Netherlands, Tour of Germany and Italy's Giro de la Trentino among others.

The USA team's confirmation is great news for race director Jorge Sandoval who says they will travel to New Zealand with five riders and four staff, arriving in the Wairarapa five days before the Tour begins to do a training camp.

"Having the USA national team in the Wairarapa riding the Trust House Women's Tour is a big deal. They will come here fully prepared to win and news of their results will go around the world helping lift the profile of the race," says Sandoval.

"International teams know that winning this Tour will enable them to pick up valuable international ranking points which will help qualify riders and teams for the 2016 Rio Olympic Games."

"Having a training camp before the tour will encourage other teams to do the same next year and reinforce what a great region the Wairarapa is for road cycling," says Sandoval.

The tour begins on February 18th with a 15km team time trial around Masterton.