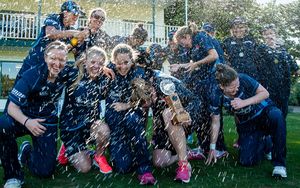 After being asked to bat first, Canterbury made 261 for three with Amy Satterthwaite hitting an unbeaten 122 from 121 balls.

In reply Auckland reached their target with four balls to spare with Sam Curtis top-scoring with 77.

Wellington beat Otago by 10 wickets to win the Twenty20 title on Saturday.