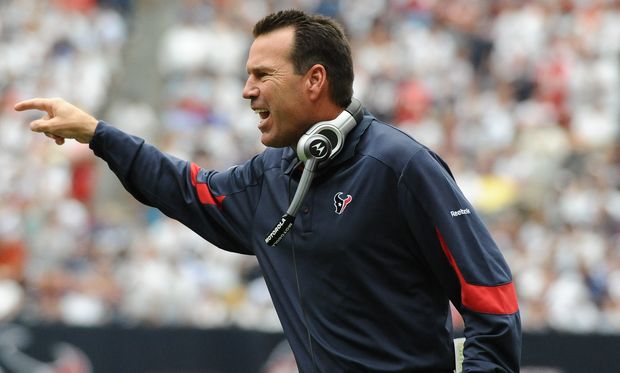 Kubiak, who served as head coach of the Houston Texans prior to joining Baltimore, replaces John Fox, who mutually agreed to part ways with Denver following the team's playoff loss to the Indianapolis Colts last week.

Broncos General Manager John Elway said what Gary had learned from his other opportunities around the league -- especially in his eight seasons as a head coach -- would benefit his organization.

53-year-old Kubiak is no stranger to the Broncos having served as backup quarterback to Elway before winning a pair of Super Bowls with Denver as an offensive coordinator and quarterbacks coach.

He also won a Super Bowl as the quarterbacks coach with the San Francisco 49ers in the 1994 season.

As a head coach, Kubiak led Houston to a pair of AFC South division titles but his two playoffs appearances ended in the second round. He was fired by Houston with three games remaining in the 2013 season after going 2-11.

Kubiak takes over a Broncos team that has won the AFC West division in each of the last four seasons and reached the Super Bowl last year where they were blown out by Seattle.