The Australian golfer Robert Allenby is recovering from facial injuries after he was kidnapped, beaten, robbed and dumped in a park in Honolulu. 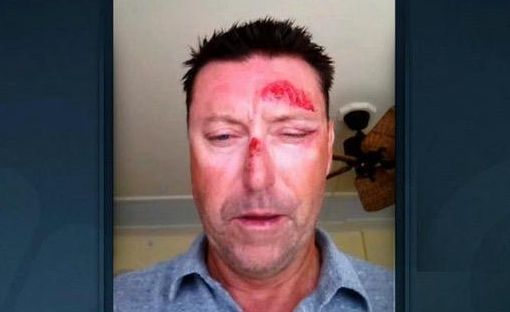 Allenby was in Hawaii to compete in the Sony Open at the Waialae Country Club in Honolulu, but the 43-year-old missed the cut and was planning to fly home, the Golf Channel reported on its website.

But on Friday night, while at a bar in Waikiki with his caddie and a friend, Allenby said he was taken from the bar and robbed of his wallet, cell phone, cash and credit cards before waking up groggy in a park about 10 kilometres away.

Allenby says he's just glad to be alive but is in a bit of shock. "I was separated from my friend in the bar after we had paid the tab," Allenby recounted. "Next thing you know, I'm being dumped in a park miles away. A homeless woman found me and told me she saw a few guys pull up and throw me out of a car."

Allenby says he has no recollection of what had happened and that he was discovered outside the park by a man he described as "a retired military guy," who paid for a taxi back to his hotel.

"I called police from there," Allenby says.

According to the Golf Channel, police are reviewing surveillance footage from the bar to try to identify a suspect.

Allenby missed the cut at this week's Sony Open after shooting successive rounds of one-over-par 71 at Waialae.

He has won four times on the PGA Tour, most recently at the 2001 Pennsylvania Classic. He turned professional in 1992 and has won 18 other tournaments around the world, including 13 on the PGA Tour of Australasia.