Boxing legend Muhammad Ali has been released from a Kentucky hospital after receiving treatment for a severe urinary tract infection. 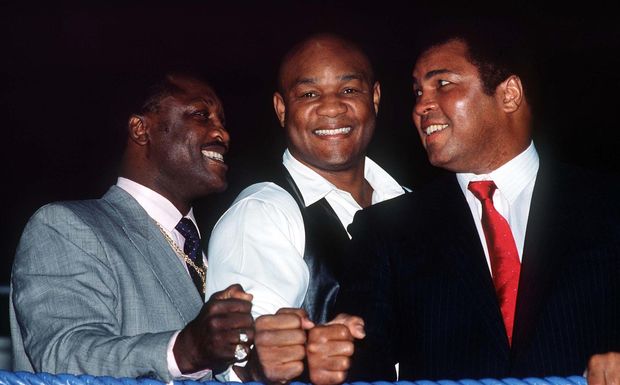 A family spokesman, Bob Gunnell of Louisville-based Boxcar PR said Ali was looking forward to celebrating his 73rd birthday tomorrow at home with family and friends.

He says the Ali family greatly appreciates the outpouring of support and continued well wishes.

Ali's hospital stay of several days this week was his second in the last month.

The three-time former heavyweight world champ was released from hospital on January 7th after a two-week stay for what was then thought to be pneumonia.

But doctors ultimately determined he had a urinary tract infection.

Ali, an Olympic gold medallist, has suffered from Parkinson's disease since the 1980s.

In recent years, he has made fewer public appearances as Parkinson's has increasingly taken its toll.

He was seen in September when he attended the Muhammad Ali Humanitarian Awards in Louisville.

He dazzled the boxing world with slick moves in the ring and enamored the public with his wit and engaging personality.

He beat George Foreman in one of the greatest fights of all time dubbed "The Rumble in The Jungle", held in 1974 in Zaire, now the Democratic Republic of the Congo.

Ali also had a thrilling rivalry with heavyweight Joe Frazier that saw the two men slug it out in the ring and verbally spar out of it.

Ali was rarely afraid to spark political controversy, and his heyday coincided with the US civil rights movement and the Vietnam War.

He converted to Islam in 1964, changing his name from Cassius Clay. Ali refused to join the armed forces in 1967 on religious grounds.

After his refusal he was convicted of draft dodging and banned from boxing for years. In 1971 the US Supreme Court overturned the conviction.

It has been claimed that the punches to the head the boxing great took in the ring during his 21-year career contributed to his Parkinson's disease, although not all doctors agree.

Ali has been paid dozens of tributes to his stature as a global icon, lighting the Olympic torch in 1996 and being named a UN messenger of peace in 1998.

He received the highest US civilian honour, the Presidential Medal of Freedom in 2005.