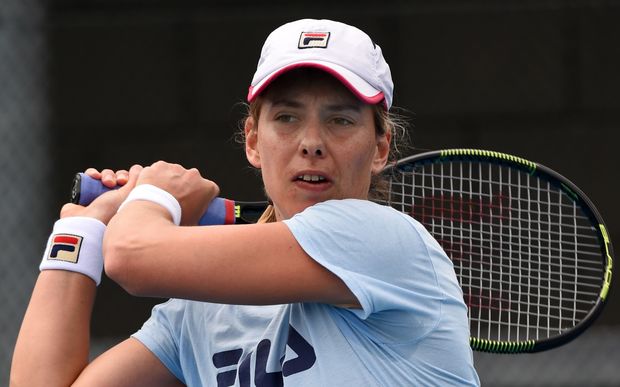 If Erakovic can beat the 21-year-old, she faces potential clashes against Serbian Jelena Jankovic in the third round, and top seed Serena Williams in the fourth round.

Williams will meet Belgian Alison Van Uytvanck in the first round as she bids for her sixth title at Melbourne Park.

Second seed Maria Sharapova will take on a qualifier as she aims for her second trophy at the year's first grand slam after her 2008 triumph.

Simona Halep of Romania, ranked third and rated a dark horse to clinch her maiden grand slam, will take on Italian Karin Knapp.

Two-time champion Victoria Azarenka, unseeded after her 2014 season was all but wiped out by injury, looms as a dangerous floater in the draw.

She will clash with American Sloane Stephens in the first round and could meet Williams in the quarter-finals.

In the men's competition, Serb Novak Djokovic's chances of winning a fifth Australian Open title have been boosted by a kind draw.

The world number one faces a qualifier first up and will avoid the top 10 seeds until at least the quarter-finals.

Reigning champion Stan Wawrinka, seeded fourth, faces a tougher route if he is to defend his crown.

The Swiss takes on 99th-ranked Marsel Ilhan of Turkey before a possible tricky fourth round matchup with 16th seeded Italian Fabio Fognini and a likely quarter-final against U.S. Open finalist Kei Nishikori.

Third seed Rafa Nadal has a dangerous opening round encounter with Russian Mikhail Youzhny, and a possible third round against Czech bogey-man Lukas Rosol, who shocked him in the second round of Wimbledon in 2012.

Although playing a qualifier first up, sixth seed Andy Murray could meet rising talent Grigor Dimitrov in the fourth round with Federer to come in the quarters.