New Zealand tennis player, Michael Venus's run at the Heineken Open in Auckland has come to an end after falling 7-5 6-4 to the lucky-loser, Frenchman Lucas Pouille. 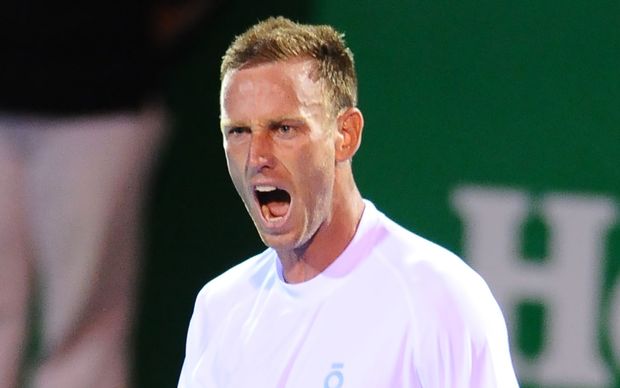 The local fans weren't enough to propel Venus to victory over Pouille, ranked 136 in the world, on a day where more seeds pulled out of the tournament.

Venus had been drawn to meet the Spanish fifth seed Tommy Robredo but had to change plans at the last minute when Robredo became the fourth top-20 player to withdraw from the tournament with a groin strain.

The 27-year-old became the first local player in 13 years to beat a foreign opponent at tournament last night, coming from behind to overcome Colombian Alejandro Gonzalez in three sets.