Shane Bond says the decision to step down as bowling coach of the Black Caps after the Cricket World Cup was a difficult one at a time when the team is enjoying a lot of success. 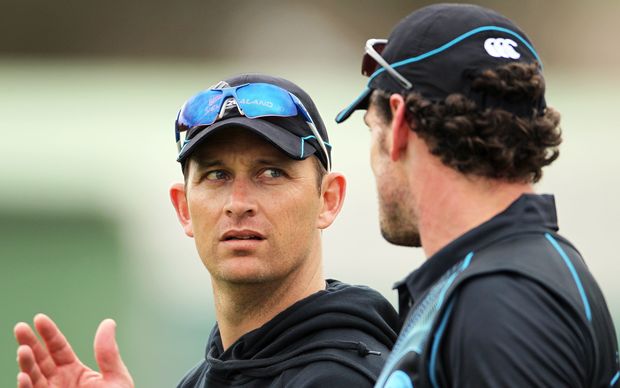 It was announced yesterday that Bond had decided not to seek to renew his existing contract, which runs until the end of the upcoming tournament.

He will instead take up a job with the Mumbai Indians in the Indian Premier League as bowling coach, alongside the head coach, former Australian captain Ricky Ponting.

Bond says taking the IPL job will allow him to spend more time at home but it's hard leaving the Black Caps when they're doing so well.

"The last 18 months in particular have been a lot of fun, and I think when you look into the future with the series that are coming up, England, Australia and the potential success ahead it's tough to walk away from that, yeah it was a tough decision."

New Zealand Cricket's Head of Cricket Lindsay Crocker says they had been anxious to retain Bond's services but respect his decision.

Crocker says the former fast bowler has given great value to the Black Caps programme and they were keen to have his input over the next few seasons.

New Zealand Cricket will start advertising for the vacancy immediately.