India's bowlers have again struggled for line, length and consistency on the first day of the fourth Test against Australia at the Sydney Cricket Ground. 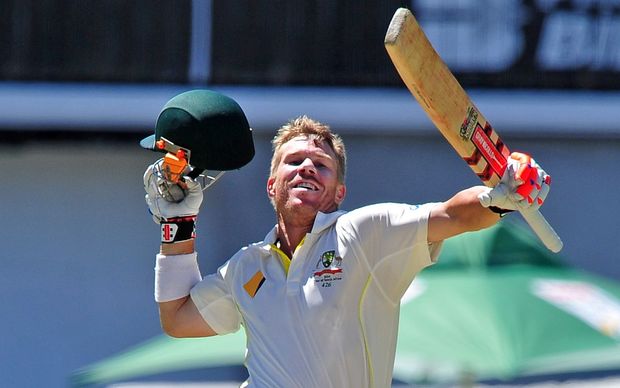 Shane Watson and Steve Smith are at the crease on 61 and 82 respectively.

Under new fulltime skipper Virat Kohli, only off-spinner Ravichandran Ashwin has managed to stem the flow of Australian runs which has motored along at over four an over all day.

Down 2-nil in the best of four series, India have struggled for a settled attack throughout the series and have never looked like taking 20 wickets.

Those woes have continued at the SCG.

Almost midway through the final session, Ashwin had 1-79 off his 26 overs, including the key wicket of century maker David Warner as Australia moved to 299 for 2.

Right-armer Ishant Sharma had disappointed through the first three Tests and Bhuvneshwar Kumar was preferred for Sydney but it made little difference as he too struggled to make an inroads into the Australian batting line-up, going for just under four an over.

Umesh Yadav has been the chief offender, going for more than six an over with figures of 0-79 off his 13 overs.

Mohammed Shami claimed the wicket of Chris Rogers for 95, but was also conceding more than four runs per over.

Earlier today David Warner scored an emotional hundred, the 27-year-old raised his helmet to the sky in a tribute to Phillip Hughes, who was struck by a fatal bouncer at the same ground in November.

Warner added just one more run before he was caught.

This is the first international held at the SCG since Hughes' death.