The opening day of the ASB Classic tennis tournament was filled with upsets as two seeds tumbled out as well as a former champion. 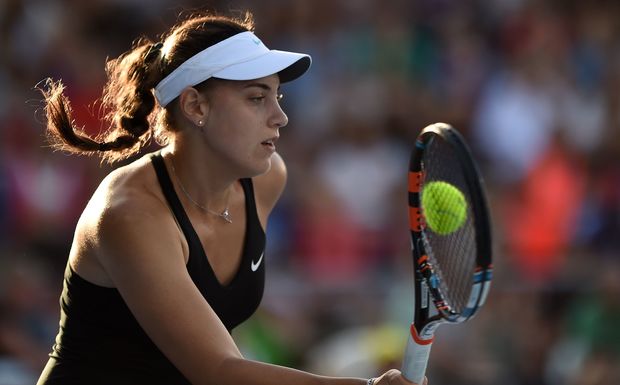 The American wildcard, Taylor Townsend, caused the first shock at the Auckland tennis centre as she tipped out the 2010 champion, Yanina Wickmayer, 7-5 3-6 6-0 in the opening match on centre court.

In the final match of the day session the second seeded Italian, Sara Errani, was bundled out in straight sets 6-3 6-2 by the Slovakian veteran, Daniela Hantuchova.

That was followed by another shock in the night session, when the 17-year-old rising star, Ana Konjuh, easily saw off the eighth seed, Mona Barthel, 6-2 6-1.

The first day closed with the New Zealander, Marina Erakovic, and her new doubles partner, Monica Puig, surviving a scare to get past Maria Irigoyen and Barbora Krejcikova 6-4 6-7 11-9.