A nail-biting draw between Australia and India in the third cricket Test has been overshadowed by the shock retirement of long-serving India captain Mahendra Singh Dhoni. 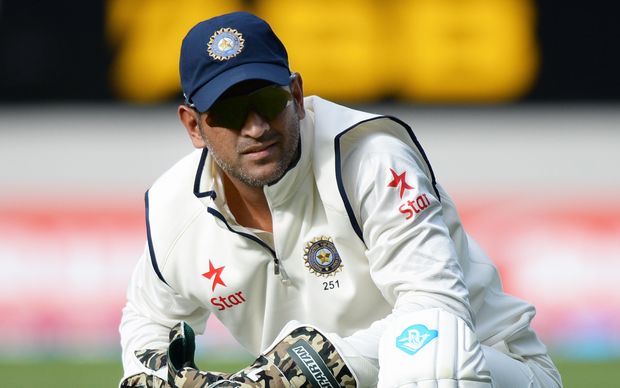 The country's cricket board says the 33-year-old cited "the strain of playing all formats," and Virat Kohli will lead the team in the fourth test against Australia in Sydney.

The shock announcement came minutes after Dhoni addressed reporters in the wake of India conceding the four-match series 2-0 to the hosts.

Dhoni played an important part in his team's effort to stave off a third straight Test defeat on the fifth and final day.

He came in to bat with the team in trouble at 141-5 and grafted an unbeaten 24 after tea that helped guide the tourists to safety.

His counterpart Steven Smith's decision to concede the draw four overs early, rather than push to the end to get the final four wickets for victory, drew jeers from spectators at the ground.

Smith justified the decision, saying his bowlers were "cooked" and his team-mates happy enough with the series win.

That came after a late declaration at lunch that also raised eyebrows, with Australia's bowlers given only 70 overs to find a way to bowl India out on a flat wicket offering little help.