The National Rugby League will register the contract of troubled outside back Blake Ferguson to play for the Sydney Roosters in 2015. 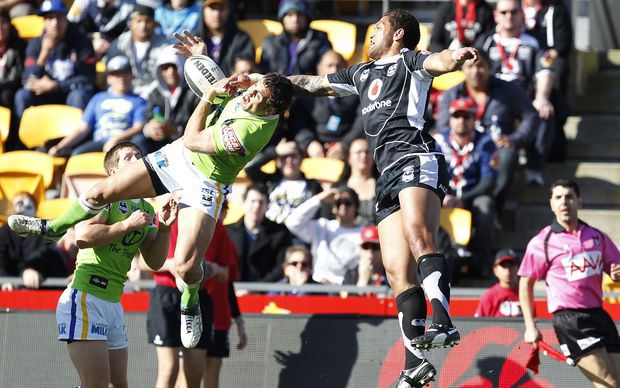 Blake Ferguson in action for the Raiders against the Warriors' Manu Vatuvei Photo: Photosport

Ferguson has been out of the game since his contract was terminated in 2013 by Canberra.

The NRL's head of integrity Nick Weeks says Ferguson has completed a programme of clinical support and counselling set down by the NRL as a condition of his return.

The Roosters are delighted with the news, signing Ferguson to an initial one-year deal.

Chief operating officer football Brian Canavan says Ferguson has genuinely applied himself and been totally compliant with all club directions.

And while he's been out of the game for a long time, the Roosters, together with the NRL, have been working closely with him to provide all the necessary support.