The New Zealand rugby sevens side has been beaten 26-17 by South Africa in the final of the Port Elizabeth round of the world series. 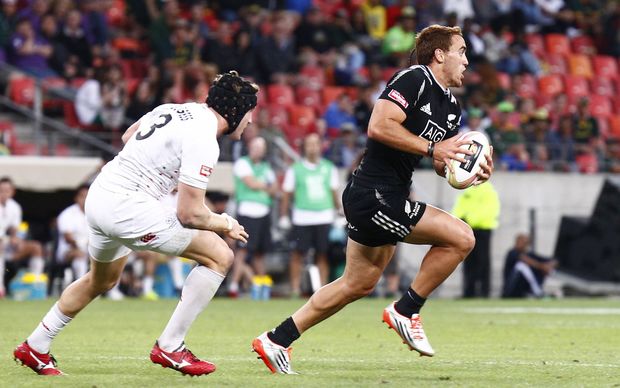 Joe Webber on the run in Port Elizabeth Photo: PHOTOSPORT

The South Africans came from behind and retained their title with a solid defensive effort.

The homeside scored 4 tries to 3 with New Zealand's tries coming from Sherwin Stowers and 2 to Joe Webber.

After going through pool play unbeaten yesterday, the New Zealanders beat the USA 28-7 in the quarter-finals and Argentina 29-nil in the semi-finals.

The runners-up position is the best result for New Zealand so far this season and it moves them up to third in the overall standings.

After three rounds South Africa have 59 points, Fiji have 51, New Zealand 47 and Australia 46.

There are six rounds remaining with the next edition in Wellington.