The Brisbane Roar interim coach Frans Thijssen denied there was any bad blood with skipper Matt Smith over his decision to leave the decorated defender on the bench for Friday's shock 1-0 A-League win over Adelaide United. 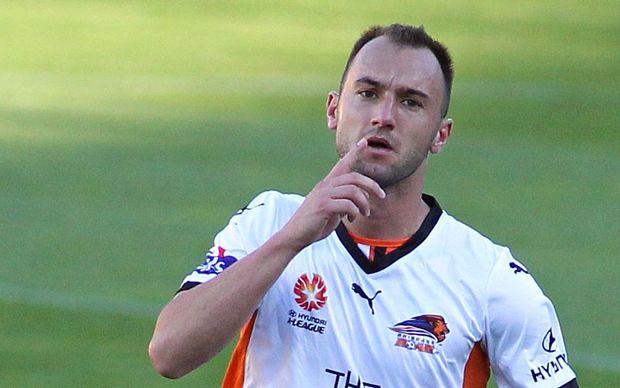 The Roar granted Smith's wish to leave and released the three-time A-League champion from his contract, but Thijssen refused to start the Englishman for Friday's clash.

Smith watched for 89 minutes before going on but Henrique's spectacular 20-yard strike in the 19th minute was enough for Brisbane to disrupt Adelaide's title charge.

"I explained to him (Smith) that I cannot let him play and keep somebody on the bench who I have to use next week," Thijssen said.

"It was not a difficult decision to make - I think he understood."

"I understood his decision because it's football - players come, players go. You can't blame a player nowadays."

"He made that decision, he's thinking about his future and I have to think the same."

Friday's win lifted the Roar temporarily into the top six while United remain third, within touching distance of league leaders Perth Glory, who they meet in next Tuesday's inaugural FFA Cup Final at Coopers Stadium.

Carrusca has a calf complaint while Boogaard has an issue with his quad, but both players are expected to feature against the Glory.

Gombau rejected suggestions his men were distracted by the chance to claim their first piece of silverware next week.

"We we took this game very seriously and prepared like we have for every single game this season," he said.

"If you look back on the game you will see we worked hard and tried to win this game."

"We don't have our minds thinking ahead to the cup game."