The Australian cricket captain Michael Clarke's overcome ongoing back problems and rain delays to score a memorable century on day two of the first Test against India in Adelaide. 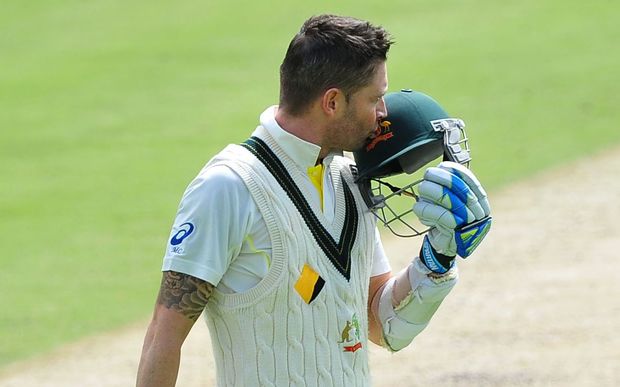 Clarke retired hurt on 60 on Tuesday but he's recovered enough to hit 109, before rain halted play for a third time before tea, with Australia 473 for 6 in their first innings.

Clarke's batting with a back brace on and is clearly restricted. At the other end, Steve Smith has scored his fifth Test ton and is on 142.

Australia's David Warner says the spirit of Phillip Hughes was at the other end of the pitch as the opening batsman struck a brilliant century against India on an emotional first day at the Adelaide Oval. 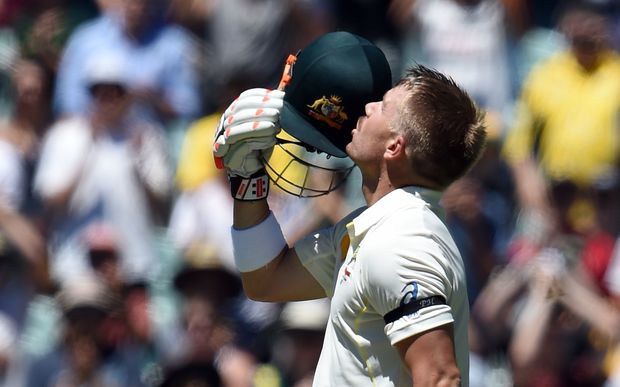 David Warner celebrates his century during the first test against India in Adelaide. Photo: AFP

Warner's 145 from 163 balls on the opening day brought joy after a sombre opening at Adelaide Oval, where Hughes was remembered at his final home ground with poignant tributes.

The 28-year-old raised his bat and his head to the sky and celebrated with his customary jump for joy after pushing a single to bring up his 100.

He and captain Clarke embraced long and hard in the centre of the ground as the crowd roared.