The New Zealand women's sevens team has won the opening round of the World Series in Dubai after coming from behind to beat arch rivals Australia 19-17 in the Cup final. 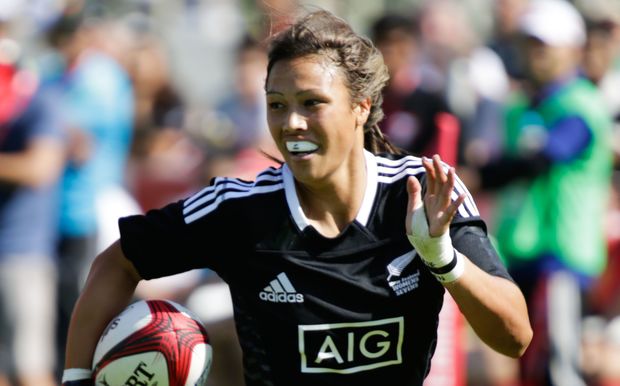 The New Zealanders won the title with the last play of the game.

Two tries from Emma Tonegato and one from Amy Turner had given Dubai defending champions Australia a 17 point half-time lead.

However New Zealand captain Sarah Goss, who took her place in the side despite an injury scare yesterday, narrowed the advantage right at the start of the second half with a try before Tyler Nathan-Wong put last year's World Series winners within three points with New Zealand's second five pointer.

Skipper Goss then crossed for her second try after the full-time siren to claim the thrilling fightback win for the defending series champions.

New Zealand had earlier beaten Russia 19-17 in the quarter-finals and France 31-10 in the semi-finals.

Speaking after lifting the trophy Goss said: "It's unbelievable really. We pride ourselves on finishing at the end so we're really happy. They came out firing as we knew they would, but fortunately we finished the job off. It's brilliant."

New Zealand coach Sean Horan was delighted with resilience of his troops and reflected on how the quality of rugby has improved on the women's series.

"It's all about Olympic qualification and I've been blown away with the standards of all the teams. The programmes are progressing and the excitement of the game is growing hugely," said Horan.

The Australian coach Tim Walsh said, "There is nothing between us and New Zealand at the moment... though personally, I thought we were the best team in Dubai. However, you can never, ever write New Zealand off no matter what level of Rugby it is and the Cup Final was a fantastic game - an incredible advert for Women's Rugby."

After the Cup Final, Australia's Alicia Quirk was announced as the Dubai Sevens Player of the Tournament.

Of the 22-year-old from Wagga Wagga, Walsh added: "Alicia is the heart and soul of this team - she is all about the team and not the individual.

Elsewhere, Canada finished third after beating France in golden point extra-time while England overcame the challenge of Fiji - once again in golden point - to pick up the Plate trophy and finish fifth.

The second round of the 2014/15 World Rugby Women's Sevens World Series heads to Sao Paulo on the weekend February 7th and 8th where Australia will be looking to defend their title.